Colorful and bright, the base set in 2018 Panini Unparalleled Football totals 300 cards. Somewhat controversial in 2017 given the added RC designation for players many years removed from their actual rookie seasons, Unparalleled again highlights current and former NFL players without an officially-licensed card. 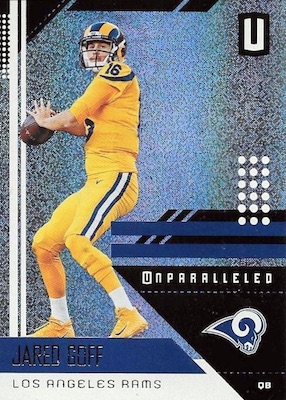 For the inserts, collectors can find Bright Futures, High Flyers, Victorious, and the die-cut Star Factor short print in base and parallel versions. The numbered editions include Astral (#/200), Whirl (#/100), Hyper (#/25), and Burst (1/1). 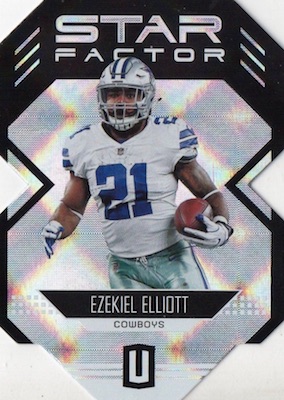 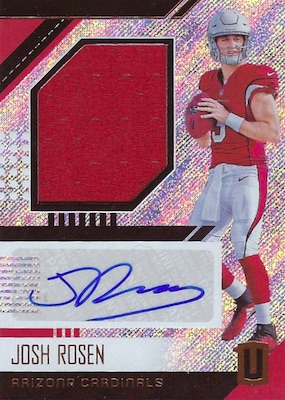 Among the former greats, Pioneer Penmanship cards, numbered to 199 or less, pay tribute to past stars who played during the 1950s to 1990s. 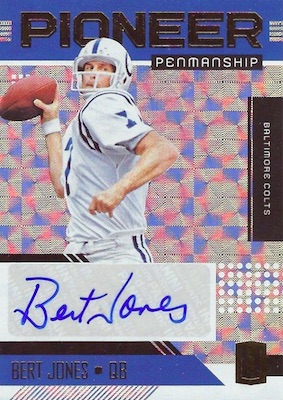 Other autographed inserts in the 2018 Panini Unparalleled Football checklist include Star Signatures and Undeniable. Most of the signed cards also come in Impact (#/75 or less), Hyper (#/25 or less), Fireworks (#/5 or less) and Burst (1/1) parallels. 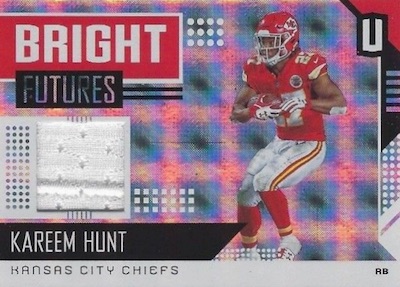